Reebok recently launched their CrossFit footwear and apparel and introduced us to their latest footwear and apparel brand ambassador, Toya DeLazy. Not in a club. Not in a fancy building. In a gym.
Is Reebok the badge for authentic fitness? This is what Reebok is striving towards. They have partnered with CrossFit gyms in order to bring Reebok to the forefront of people’s minds when you mention fitness. As part of this partnership, Reebok have designed a new apparel range, Realflex Apparel, as well as a shoe specifically for Crossfit. Both the apparel and footwear range incorporate the Crossfit logo.
Keeping with the fitness image, Reebok’s concept stores will have a fitness feel. Displays and decorations will be designed around items found in a gym environment.
Reebok also partnered with Sony. Toya DeLazy, Sony’s latest signing, is also Reebok’s new footwear and apparel brand ambassador. DeLazy was at Reebok’s recent launch to perform some of her songs and to launch her music video for her hit “Pump it on”. 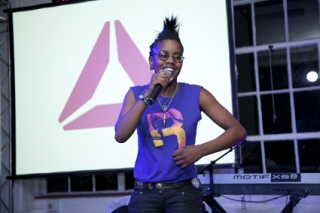 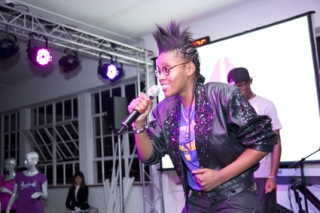